Fearless Growth and Why Now is the Time 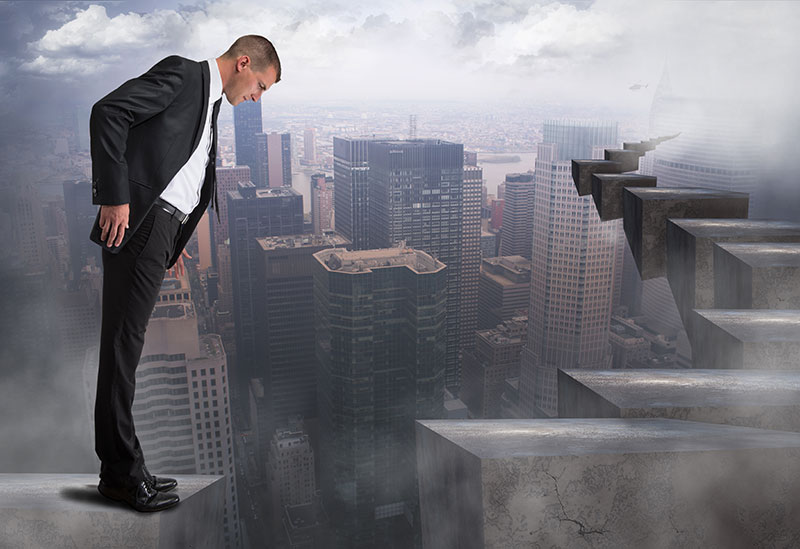 You’re saying what? Grow? Considering growth given questions about whether we have reached the end or top of the current economic cycle may seem over reaching. But it’s not! Previous economic downturns have demonstrated that some companies, whether small or large, market leader or trailer have capitalized and charted dramatic new courses for themselves during periods of economic uncertainty.

Those that have the most to lose are large companies and market leaders that think they have the luxury of time, to wait and see, to make the move. While the “new normal” for each industry and region of the world isn’t etched in stone, we all need to take some action or have a playbook to work the various scenarios we’re likely to face.

As a business growth consulting example, we recently re-launched a combo hardware and software product to part of a client’s channel. The key was to gain an incremental $500K in the second half of the year. The client has already raised an incremental $2.0M, which took some significant actions, but well worth it, especially with a higher margin rate than before. This was one of four actions we had planned (the client in this case requires a mix of quick-lift and medium-term actions). In this case, the execution was easy and successful once we picked the right approach.

The common definition of fearless is: without fear; not afraid; brave; intrepid. We could think of other words to describe it as well. But you get the idea. It’s not about going at it in some ill prepared and short-sighted fashion. It’s about taking decisive actions that matter, whether short term quick lift or more strategic plays.

Northpoint has had significant success in business growth consulting. From up market to down cycles, we can offer some advice to consider.

Get the right team in place whether you’re a small or large company. Get people on your team that have the passion, drive and ability to think about growth. When you look at your people, assess whether they are part of the problem or part of the solution. If you don’t know, then likely they are part of the problem and you may need to shed them or put them in the back seat on the growth agenda. You need upbeat and positive people. Don’t associate with purveyors of doom.

Work on the facts and that which is controllable. All too often, I hear about issues with the economy, politics, past problems. While they are factors, none of us really can control their affect. We do control what we are all working on at this moment. You may say this is being elementary. I wouldn’t raise these points, however, if I didn’t observe this going on every day in some of the most historically successful companies. Therefore, let’s put the facts on the table, analyze them, and develop some game plans to move forward.

Stimulate thinking. As members of your team enter growth initiatives, they need to know the purpose and expectations of the exercise and what it will require from them. If you or your company have done this before, only to have nothing result from the exercise (and I hear this all the time), then you need to determine how to avoid past pitfalls and put an innovative approach plan in place.

Avoid dysfunctional behaviors. Teams are comprised of several types of behavior. Classically success is built by transitioning through four phases: forming, storming, norming, and performing. We all get that performing is where our team needs to get to ASAP. But I can tell you from recent experience that when organizations have a problem, they form a team and storm for areas of improvement, only to form and storm on another subject a week later. They rarely stick with it long enough to see the benefits. Others in the organization see this behavior and take a wait and see attitude, knowing in another week or month something else will be hot. To correct for this dysfunctional cycle, we need a disciplined approach and having people and personalities that are more norming and performing oriented. We often test for this dynamic because it’s imperative to get it right.

Pick the right topic on which to focus. How do you know what the right thing really is? You’re wrapped up inside of your company, industry, or building with a ton of tribal knowledge. So how are you going to assure yourself that you are now taking a fresh approach? You will need to get a balance of what others are doing outside of your industry and points of view internally. If you’re the group leader or President, how can you be sure your subordinates will really tell you what is on their minds? The fact is that 90% of your employees will tell you what you want to hear. And 90% of the time you will only hear what you want to hear. This challenge is why we tend to continue to go with what we know and really don’t operate with the freshness we need. What’s the definition of insanity? Trying to basically do the same things repeatedly but expecting different results.

Create a process where excellent ideas are vetted and developed. In short, it’s essential to have a methodology that will help you deliver the targeted results. A basic approach is a “waterfall” diagram that shows current state figures and an expected state that is 12 to 36 months out in the future. List the programs, actions with related revenue, or profits associated with each initiative.

Getting results. We know that lack of results is often associated with bad execution. But we have also learned that 75% of the failure of an initiative is based on misdiagnosis and not on execution. Most of my clients are very solid at execution. The problem is the actions they select to treat the symptoms and not the root cause. We say that if you get on the wrong bus, every stop is the wrong stop. This realization really instills the fact that we need to get it right up front without suffering from analysis paralysis. If we get the approach or problem right, then the next focus should be on an effective deployment. We had a client that wanted to launch a new program but picked a time in late June for the official launch. While their program was solid, their audience on the launch webinar was suboptimal. To meet the timeline, the call was rushed and poorly prepared. For example, the key launch benefits and testimonials were at the end of the call, after 80% of the audience had exited the webinar.

As an expert in business growth consulting, I will continue to write various pieces about fearless growth and hope you find the information of value. Some of the future articles will have commentary on various events and will look to add some humor along the way. Thanks for your interest and reading.